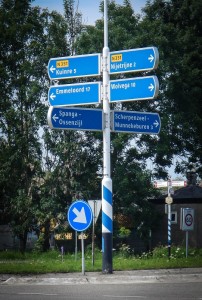 We managed to sleep-in until 8:30 before going downstairs for breakfast and heading out. The parking signs below were pretty funny…right beside the handicap stall. The Dutch sure know women. Ha ha. I have the rest of the picture spread throughout this post. 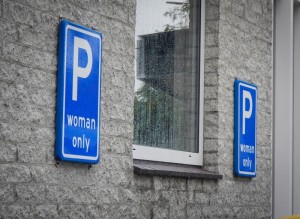 First off….I have a few other Band of Brother stops to make seeing how they are so close.

October 5, 1955.  At this location, 35 American soldiers held out against TWO Germany companies of about 150. There were 1 American and 50 German casualties. The American was hit by a shell fragment. The symbol here is to remind us of all the soldiers who fought in this battle. You can still see the drainage ditch in the background of the second picture. 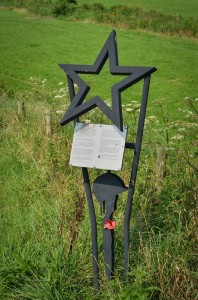 This is where Maj. Dick Winters was stationed with Lewis Nixon. Winters was in the room on the left of the picture. 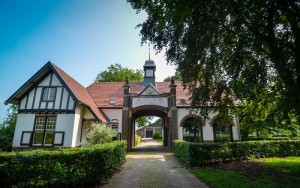 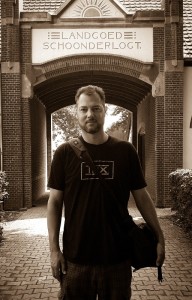 The majority of the day was spent in Friesland. Spanga is where my grandfather (on my dads side) was born. There are about 10 – 12 houses here….and a pub. We talk to a couple of guys there, had a beer, and the headed off to some cemeteries. We looked around for quite a while but have found no traces of the “van der Woning” name in all the yards we checked. I have check records and we were looking in the right areas but honestly it’s like looking for a needle in about 100 hay stacks. The markers probably don’t even exist anymore. One couple we meet who maintain the cemeteries is checking the church records for us and will email us if and when they find any information. 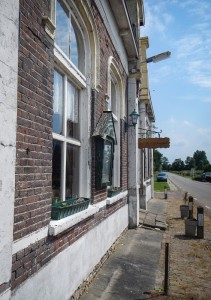 We are now in the city of Sneek for the night.

Posted under Europe 2014 and tagged with Crossroads, Friesland, Schoonderlogt, Sneek, Spanga
Comments Off on Heading North