Yesterday was more a relax day, but Sara did take us out for a bit of a tour around the area. Pete was off on a 2 day tour in Ieper. Pete himself has an amazing collection of items and books throughout the B&B you can look at. We visited the Newfoundland Memorial Park on the Somme. This park is a remembrance of the tragic events of July 1, 1916 here. This site is the only other Historic Canadian Site outside of Canada besides Vimy Ridge.

Also on the site is a memorial to the 51st Highland Division. The statue of the soldier is set in a way that he is overlooking the Y Ravine and the German from lines.

Next we headed for Ulster Tower, a memorial the the 36th Ulster Division from Ireland. In their first 2 days 5,500 men and officers were killed, missing, or wounded in the Battle of the Somme. The tower itself is a replica of one in Belfast. We had lunch there as well.

Later that evening we went out for dinner….as much as I could as I was not feeling too well. 🙁 We headed back to Sara & Pete’s with a quick stop of to see George (Sara will know who that is). Once home I basically crawled into bed and called it a night.

Today we had to say goodbye and head off to Bastonge, Belgium where we have a tour tomorrow. We stopped in town to have a late lunch and then headed to our hotel which is actually about 1/2 hour away in La Roche-en-Ardenne. Definitely a different hotel i gotta say. Tonight we aren’t planning to much but relaxing. 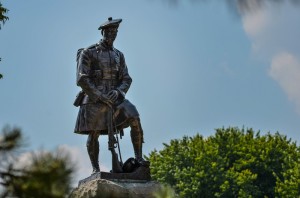 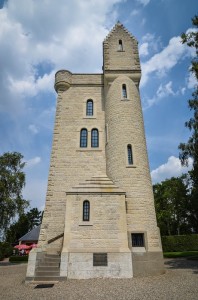 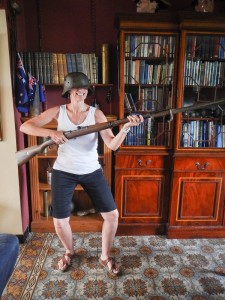 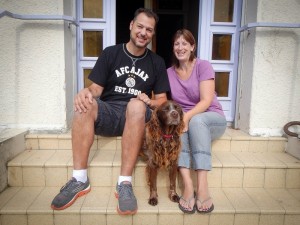 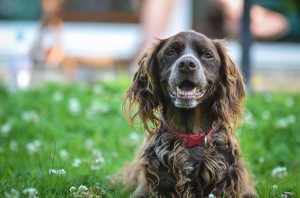 Posted under Europe 2014 and tagged with Ardenne, Bastonge, Canadian, Scottish, Somme
Comments Off on The Somme