A Royal Day Out

Holyrood House – Home of the Queen

We started out with our City Pass Hop On – Hop Off Tour. We had two places we wanted to see today. First stop Holyrood House. Home of the Queen in July and August each year. We weren’t allowed to take pictures inside so we have just a few hundred of the outside and the gardens. We saw where she dines and most of the rooms. It’s very well kept for with such history and most things are original.  After the tour, we went for tea and scones in the Queens Garden Café. We also got a free shortbread cookie in the shape of a crown…. 🙂 Met a couple of ladies to sit with and we had a great conversation and yummy desserts. The Queen didn’t show, but we had Sister Josephine instead.

We then jumped on the bus and headed to Edinburgh Castle which was about a 15 min ride away. On the way to the castles walking on the Royal Mile we came upon a man with an owl. Beautiful and for 4 pounds we could have him sit on your arm. The money goes to helping more than 70 different birds. Her name was Hazel……the colour of her eyes. We headed the short distance into the castle grounds and the walking really began. So many areas to see….we spent the next 3 hours exploring. Paintings, art, tapestry, dungeons and even The Royal Jewels. (No photos allowed here). The view from the castle is also spectacular.

Time for a bite to eat and a much needed drink at a pub. We walked a shot distance heading towards our hotel an stopped in at The Castle Arms Pub. Ray had the most amazing looking Yorkshire Pudding dinner. So far, we have not had the nerve to try the haggis. Maybe soon. As the distance was so far from our hotel yet….5 minutes…..we decided to hit The Last Drop Pub on the way to the room for another pint. Stewart Brewery Holyrood Ale; might as well keep the theme going for my ‘Stewart’ wife. We meet 4 ladies from Spain who were on their annual group trip and of course Pamela ask them for a picture with Gordon, our travelling KIA mascot. There is always a strange look when asked.

Back to the room & a decaf coffee. I think you need a few week in this city as we are just scratching the surface. 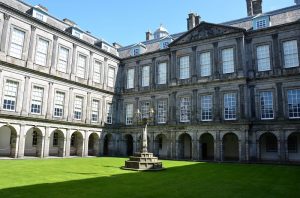 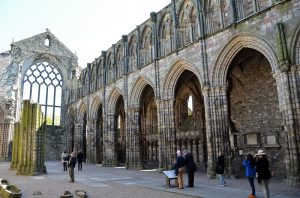 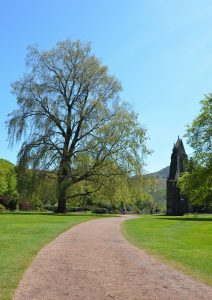 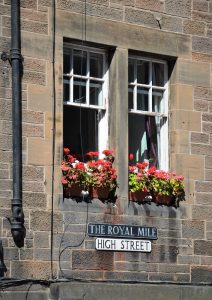 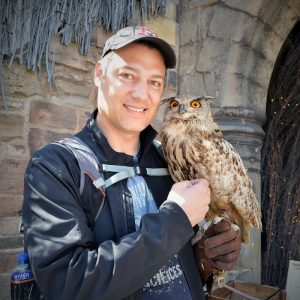 Ray with Hazel the owl. 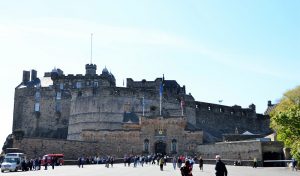 The entrance to Edinburgh Castle 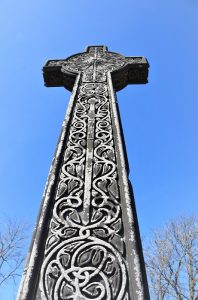 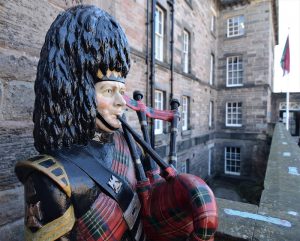 On guard at the castle. 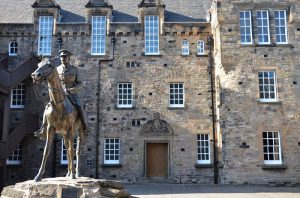 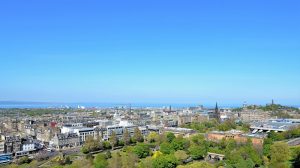 A view of Edinburgh City

Posted under Ireland & The UK 2017 and tagged with Castle, Edinburgh, Edinburgh Castle, Holyrood, Owl, Stewart
Comments Off on A Royal Day Out