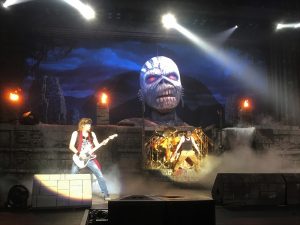 We’ve been so busy and having late evenings, there’s not as much time blog. Time to catch up as we sit on a train to Belfast. Yup, we’re are all done in Dublin. Beautiful city with lots to see.

Pamela go to get her shopping in with a new pair of shoes. That is all I know. Maybe she will add a bit to the end of this. As for me…..

I met up with a bunch of friends for the pre-Maiden meet-up at Bruxelles Pub in Dublin the night before the big show. I spent a number of hours there catching up and meeting new friends. I may have tied it on a little too much. In the early morning, I headed back to the hotel to get some much-needed rest & recovery before the gig Saturday night.

What can I say. You can never go wrong with a Maiden show. I walked to 3Areans from the hotel, it just took a half hour. First to the Barrier again thanks to Paul from Australia. Met some more in the que to get in. Fans from England, Germany, Australia, Poland, Scotland, Romania, Spain, the USA, Canada, Ireland of course, and more. Who says this isn’t a family? If you don’t get it, you just don’t get it. We had a blast except when Shinedown was on stage, haha, terrible and not suited for an Iron Maiden opener. Maiden was again exceptional as always and I’m looking forward to the Glasgow show. Unfortunately, I have to wait until the 16th.    Up The Irons!

Belfast…not enough time.  The train arrived at the Central around noon. A quick walk to the hotel from the station, dropped our bags, and off we went. Amazing place, old but modern, murals all over the place. There seems to be something to see around every corner, down every ally. We even had lunch at “The Crown” which is arguably the oldest pub in Belfast. After about 4 hours we headed back and had a power nap before heading off to the Titanic exhibit and slip. Of course, being Sunday it was closed. We did get a good look around and a good perspective of the actual ships size. It was a nice stroll anyways, just look-out for rogue benches. We wrapped up the evening with a quick pint and a corner pub, McHugh’s Bar, and then some wonderful appetizers in the hotel restaurant. Before bed we got a quick video call in to Hayden to say hello (and Kyla). 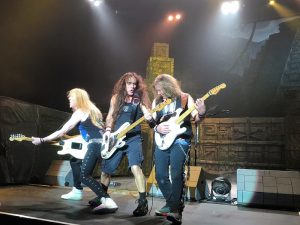 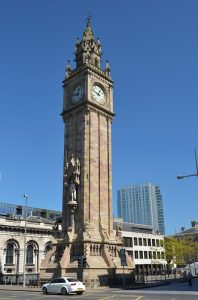 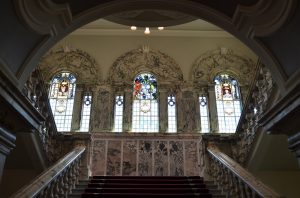 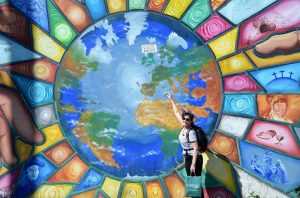 Yup, that’s where we are! 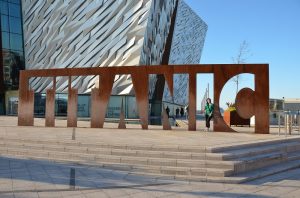 Posted under Ireland & The UK 2017 and tagged with Belfast, Dublin, Iron Maiden
Comments Off on Maiden Dublin to Belfast